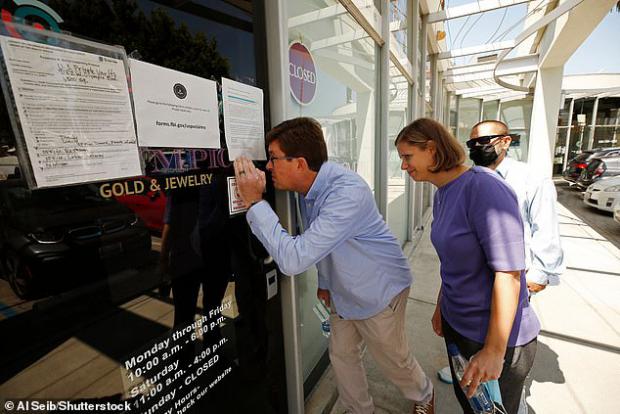 A March 9 indictment alleges that U.S. Private Vaults and its customers were laundering money and letting drug dealers store fentanyl, guns and cash in the boxes and claimed the business marketed itself to crooks.

Agents with the FBI and Drug Enforcement Agency seized the contents of every single box on March 22 after being granted a warrant. Guns, drugs and millions in cash were among items seized, but many other customers say the contents of their boxes were stolen even though they hadn't broken any laws.

Customers of U.S. Private Vaults have since filed a class action lawsuit in a desperate bid to retrieve their items. They claim neither they nor their seized belongings - many of which have great sentimental value - are in any way linked to crime.

But prosecutors have argued that the FBI is justified in keeping the seized contents, The Los Angeles Times reported.

Joseph Ruiz, 47, rented a safety deposit box from U.S. Private Vaults in February 2021 as a safe place to keep his savings, according to the Institute for Justice - a libertarian organization that files lawsuits relating to constitutional rights.