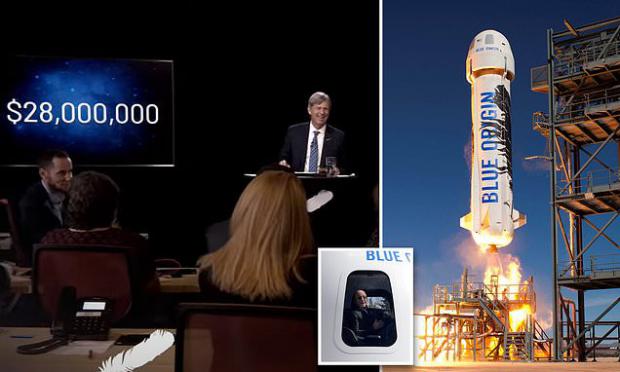 Wealthy winner, whose identity will be disclosed in the coming weeks, beat some 20 participants in auction

Auction wrapped up with 10-minute online bidding frenzy, which was screened around world by Blue Origin

An unnamed bidder paid $28million at auction Saturday for a seat onboard the first crewed spaceflight by Jeff Bezos' company Blue Origin, as one of four passengers including the Amazon founder himself.

The winner, whose identity will be disclosed in the coming weeks, beat 20 other participants in an auction launched in late May that wrapped up with a 10-minute online bidding frenzy, livecast by Blue Origin.

The July 20 launch - which coincides with the anniversary of the moon landing - will be the first test of Blue Origin's New Shepard rocket with people on board, kicking off the company's space tourism business.