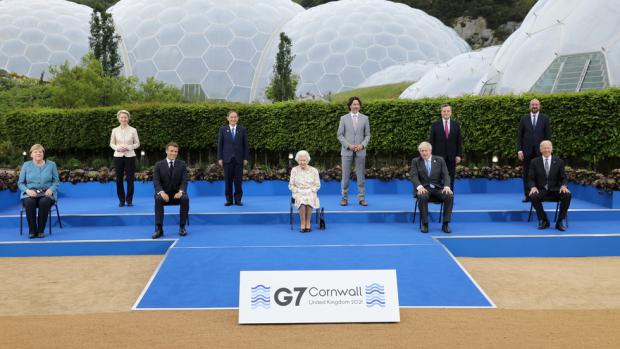 Washington has described the Group of Seven summit in Cornwall, southwestern England, as an opportunity to reinforce the so-called "rules-based international system" – an assertion that China disputes.

"We always believe that countries, big or small, strong or weak, poor or rich, are equals, and that world affairs should be handled through consultation by all countries. The days when global decisions were dictated by a small group of countries are long gone," a spokesman for the Chinese Embassy in London said on Saturday in response to the rhetoric coming from Cornwall.

The embassy noted that the only legitimate global "order" is based on UN-backed international law, and not the "so-called system and order advocated by a handful of countries." Beijing supports "genuine multilateralism" based on the principles of equal treatment and cooperation, and rejects the "pseudo-multilateralism" which only serves the interests of a "small clique," the spokesperson added.