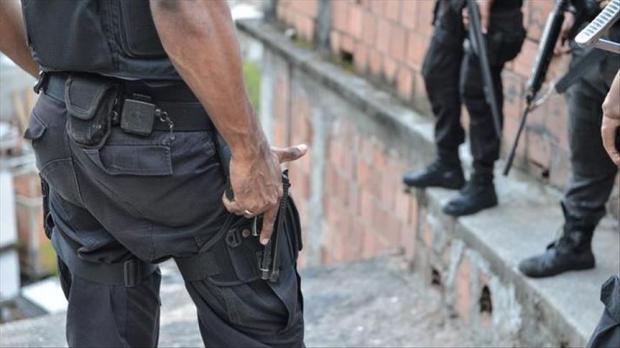 CJNG released a video of their "Grupo Elite" otherwise known as special forces team, "outfitted with signal jammers and heavily modified rifles," said atlas.news. The video also shows the unit in what appears to be a bulletproof vehicle.

CJNG released the video (watch here) on the prospects of expanding their control into Naucalpan de Juárez, a city located just northwest of Mexico City in the neighboring State of Mexico. They appear to be threatening local drug lord Nestor Arturo Lopez Arellano, otherwise known as "El 20."

In the video, a Sicario says, "Citizens of Naucalpan. We are already here for one sole objective. And that's for all the cheap and dirty scumbags, the sons of bitches who are collecting fees, and extorting. You're charging a tariff with citizens who work honestly. As well with public transportation workers. This message goes out to you Nestor Arturo Lopez Arellano."

He continued his saying, "We're going to be stationed here in Naucalpan. Regardless of where you choose to run away. We will be right behind you. Because you made the mistake of getting involved with the monster of numerous heads. We respect citizens who work for society. We respect the authorities who do their jobs honestly. But the policemen who are on your side. That have sold themselves out for a miserable sum of money," adding that "They've sold out to stop protecting the honest workers of society. We haven't come here to extort anyone. Much less to keep this fucking drug corridor. We've all come here to take you out. So that the citizens of Naucalpan can be allowed to work without worries." - atlas.news