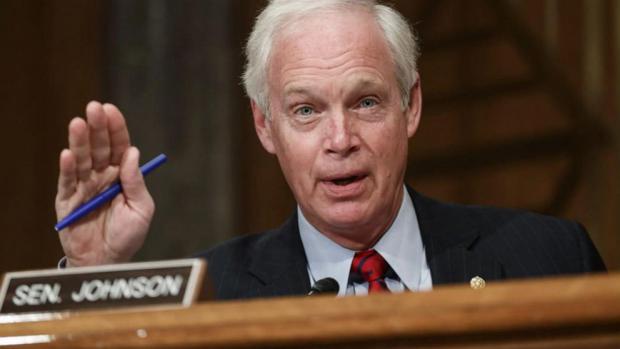 Sen. Ron Johnson has serious questions regarding allegations that up to five policemen voluntarily opened the West Terrace door and let at least 309 protesters into the Capitol building on Jan. 6.

"That is how about 38% of the approximate 800 people entered the Capitol—no confrontation—they just basically walked in the door," he said in a video shared on Rumble. "I want to know a little bit more about that [and] I would like to be able to interview those officers about exactly what happened."

Johnson and his staff recently reviewed some 14,000 hours of surveillance footage and found no evidence of "violence" or an "armed insurrection."

The senator reached a disturbing conclusion that the Democratic Party and mainstream media most likely misled the nation through lying about the siege.

"[Left-leaning] media bias is destroying this country," he said in the video. "It is extremely important to create an accurate historical record of exactly what happened, so the false narrative that thousands of armed insurrectionists does not last."