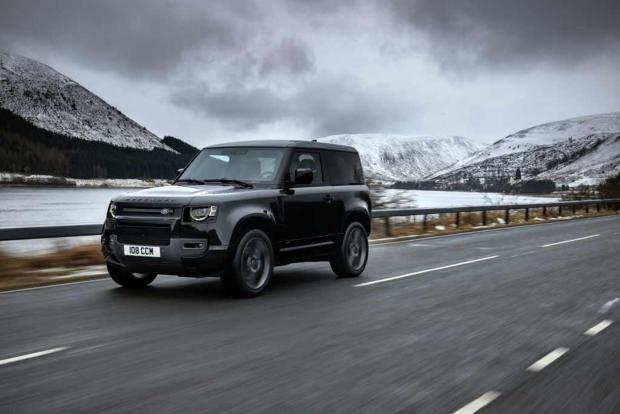 The new Land Rover Defender is one of the coolest SUVs you can buy today. With immense off-road capability and a design that's pleasantly retro, yet modern at the same time, this rugged vehicle looks right at home tackling the Rubicon Trail or trolling Rodeo Drive. Further burnishing the Defender's already impressive credentials, on Monday, Jaguar Land Rover announced it's developing a prototype model powered by a hydrogen fuel-cell powertrain.

A Defender motivated by one of these alternative-fuel drivetrains could be the best of both worlds. The SUV would emit basically no tailpipe emissions and likely deliver punchy performance similar to that of an electric car, but that's not all. Refueling could be accomplished in just a few minutes, like an internal combustion-powered vehicle, not require hours attached to a power outlet. Even though they aren't quite ready for primetime, there are real benefits to hydrogen fuel cells.

But why build a Defender with such an advanced powertrain? Because Jaguar Land Rover has ambitious climate goals. The automaker is gunning to eliminate tailpipe emissions by the year 2036 and, across its entire business, achieve net zero carbon emissions by 2039, objectives spelled out in its new Reimagine Strategy.

The fuel cell-powered Defender being worked on is part of a plan called Project Zeus, which aims to develop and popularize hydrogen-powered vehicles, as well as advanced battery designs. Other firms are involved in this scheme as well, including Marelli Automotive Systems and Delta Motorsport. The UK government is also helping support this project.

This new Defender with a hydrogen powertrain is actively being worked on right now. In the UK, testing is expected to begin toward the tail end of 2021, when engineers will verify the vehicle's performance, off-road capability (a critical aspect of any Land Rover) and efficiency. There's no word when a fuel cell-powered Defender might go on sale, but the idea of a rugged off-roader that's squeaky-clean, nearly silent and still plenty performant is a tantalizing one.