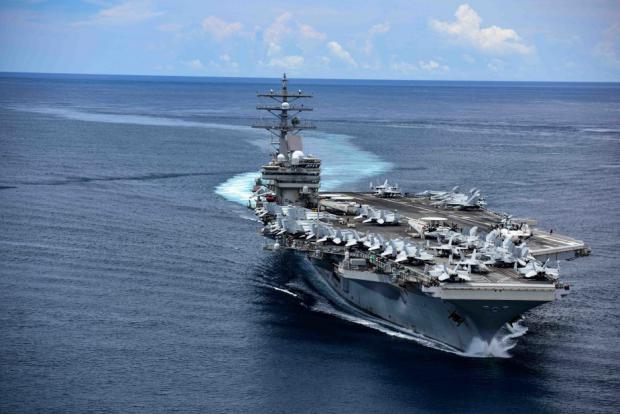 The Navy said, "upholding freedom of the seas in the South China Sea is vitally important where nearly a third of global maritime trade, roughly 3.5 trillion dollars, a third of global crude oil, and half of the global liquefied natural gas passes through the sea each year."

This comes vulnerabilities to global trade continue beyond narrow chokepoints as more than 200 Chinese vessels, mainly fishing vessels believed to be manned by China's maritime militia, have been causing havoc near the Philippines.

Earlier this year, the USS John S. McCain, an Arleigh Burke-class destroyer, was "expelled" by the People's Liberation Army (PLA) from the Paracel Islands in the heavily disrupted waters. PLA alleged, at the time, around February, the destroyer "trespassed" into China's territorial waters.

In April, the USS Theodore Roosevelt carrier and its strike group sailed through the region as exclusive economic zones between the Philippine government and Chinese were in dispute.