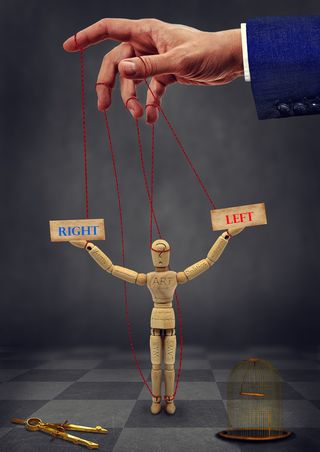 Taking a stroll around America's largest metro areas will have one believe social justice is the latest fad that's sweeping across corporate boardrooms.

Much has been written about woke capital—businesses' recent pivot to signal their affinity for leftist movements—and what it means for society at large. Suffice it to say that since last year, this trend has accelerated at breakneck speeds.

Scratching one's head in utter confusion should be a natural response to corporate America's virtue signaling. One has to wonder why big business, which has traditionally been perceived as a reactionary institution aligned with the political right, would make common cause with radicals on the cultural left. Counterintuitive as it may seem, corporations and prominent business moguls have many incentives to jump on the virtue-signaling bandwagon.

For megacorporations, woke signaling is a matter of self-preservation in order to protect themselves from ravenous mobs in both the virtual and physical realms. What's more, in a time when hall monitors—state and nonstate—are lurking around every corner waiting for individuals to commit some kind of impropriety, many institutions will go out of their way to signal their compliance with the regime's standards. Not abiding by the regime's accepted behavior comes with major social and financial costs that the bulk of businesses are not willing to bear.