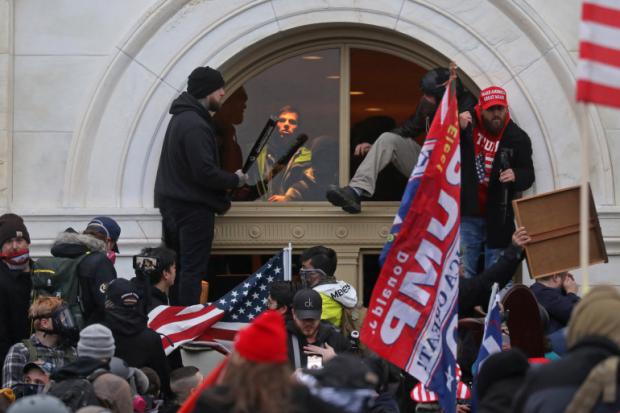 Tucker Carlson dropped several bombshells on his show Tuesday night, chief among them was from a Revolver News report that the FBI was likely involved in organizing the Jan. 6 Capitol 'insurrection,' and were similarly involved in the kidnapping plot against Michigan Governor Gretchin Whitmer.

"Why are there so many factual matters that we don't understand about that day?" asked Carlson.

"Why is the Biden administration preventing us from knowing? Why is the administration still hiding more than 10,000 hours of surveillance tape from the US capitol on January 6th? What could possibly be the reason for that - even as they call for more openness... they could release those tapes today, but they're not. Why?"

Carlson notes that Revolver News has dissected court filings surrounding the Capitol riot, suggests that unindicted co-conspirators in the case are likely to have been federal operatives.

We at Revolver News have noticed a pattern from our now months-long investigation into 1/6 — and in particular from our meticulous study of the charging documents related to those indicted. In many cases the unindicted co-conspirators appear to be much more aggressive and egregious participants in the very so-called "conspiracy" serving as the basis for charging those indicted.