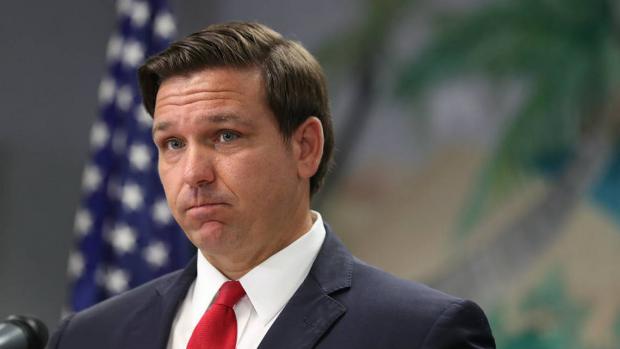 In a 3-1 vote, the four-member Board of Executive Clemency approved the Republican governor's decision to officially pardon those who were arrested or fined for violating local government orders.

"This action is necessary so that we can recover, have a good transition to normal operations, and also just a recognition that a lot of this stuff was way, way overboard," DeSantis said of the move.

Voting to deny the pardons was Democrat Nikki Fried, who is currently State Agriculture Commissioner and is running to unseat DeSantis next year.

"Our local governments stepped up to protect the people of our state. They did what was best for the interests of their communities," Fried said.

It isn't clear how many Floridians will be pardoned as a result of the state clemency board's decision. DeSantis' office did not immediately respond to a request for comment by The Epoch Times.

The decision to pardon Floridians who violated local government orders follows an executive order issued by the governor on May 3 that suspends all local pandemic emergency mandates effective July 1.

DeSantis signed Senate Bill 2006 last month, passed by Florida state lawmakers in April, granting the governor the ability to override local emergency orders. The bill also includes a ban on vaccine passports that were to levy fines of $5,000 per violation.