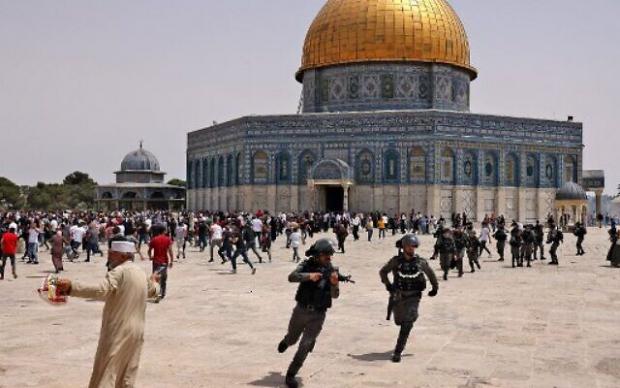 The past days have witnessed incendiary balloons sent from Hamas to southern Israel, for which Tel Aviv has responded by ordering limited airstrikes on the strip.

Al Jazeera reports that the potential for full-blown war is once again on the horizon:

The Israeli military said its aircraft attacked Hamas compounds in Gaza City and the southern town of Khan Younis and said it was "ready for all scenarios, including renewed fighting in the face of continued terrorist acts emanating from Gaza".

The raids, the military said, came in response to the launching of the balloons, which caused 20 blazes in open fields in communities near Gaza.

For multiple consecutive weekends fighting has also broken out on the Temple Mount and Al Aqsa Mosque complex, particularly after far-right Jewish groups are holding renewed marches through the old city area centered on Damascus Gate.

Multiple social media videos on Friday confirmed new clashes between Palestinians and police as security forces move in on Al-Aqsa.

Clashes centering on Aqsa and East Jerusalem neighborhoods where Palestinian families are being evicted were central to the initial major round of Israel-Hamas fighting in May, which took over 230 Palestinian lives and a handful of Israelis killed by Hamas rockets.