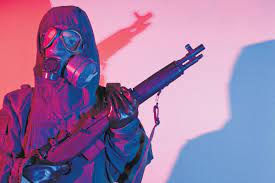 There are now three Chinese defectors saying Covid19 was deliberately created by the Chinese Military. The third,  Dong Jingwei, is possibly the highest ranking yet, and apparently talked to the DIA in mid February after flying into the US to visit his daughter.

The claims are that he has brought with him terabytes of data or "nearly 19 million documents".  It's potentially dynamite — allegedly containing studies of Covid, forecasts of spread in the West, and names of Chinese spies in the US with details of payments.

If this is confirmed, and the Chinese Military did release a deadly bioweapon on the world, as Paula Bolyard says, "it ranks as one of the worst crimes against humanity the world has ever seen" — and the media, and some intelligence agencies, helped to cover it up.

The DIA kept the defector a secret from the CIA and FBI because they believed there were Chinese spies within them.

According to RedState, the data includes:

Models of predicted COVID-19 spread and damage to the U.S. and the world

Names of U.S. citizens who provide intel to China

Names of Chinese spies working in the U.S. or attending U.S. universities

How the Chinese government gained access to a CIA communications system, leading to the death of dozens of Chinese people who were working with the CIA

One third of Chinese students may be PLA assets?