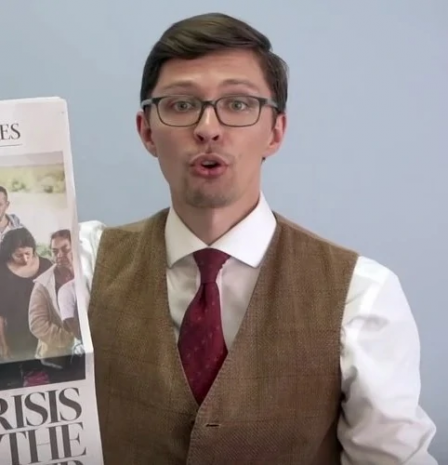 ntd.com — The Michigan State Senate passed several election-related bills on Wednesday that would implement stricter voter ID requirements for both in-person and absentee voters. Although Gov. Gretchen Whitmer will likely veto these bills, lawmakers say that they have a plan. And on Thursday, the Supreme Court in a unanimous ruling said that a Catholic foster care agency can refuse to place children with same-sex couples.

about 17 hours ago Open in Who Shared Wrong byline?

Facts Matter (June 16): Lawmakers From 13 States Tour Arizona's Audit; Many Working To Launch Their Own

ntd.com — It was just announced that the hand recount in Arizona's Maricopa county is complete, and the audit team has shifted their focus to completing the final phase—to go back and authenticate each ballot. However, it looks like the federal government under the Biden administration has their own idea. Attorney General Merrick Garland has issued a very stern message saying that he might take action against the audit.

4 days ago Open in Who Shared Wrong byline?

ntd.com — Over in Nevada, two counties officially went "Constitutional"—meaning that the local governments will uphold the Bill of Rights and the U.S. Constitution against infringements from state and federal authorities. As the election audit in Arizona is about to wrap up, lawmakers from over a dozen states have gone over to Maricopa County to tour the venue and see the audit first hand. Many of them are now looking to launch similar election audits in their home states.

5 days ago Open in Who Shared Wrong byline?

ntd.com — The governor of Texas announced that they will no longer wait for the federal government to do something. Instead, Texas will begin arresting illegal immigrants and building its own border wall. Meanwhile, a newly released report from the IRS found that even before the pandemic, blue states lost almost 400,000 taxpayers, who took over $26 billion worth of their income to red states. Stay tuned for our newsletter so you won't miss out on our exclusive videos and private events.

8 days ago Open in Who Shared Wrong byline?