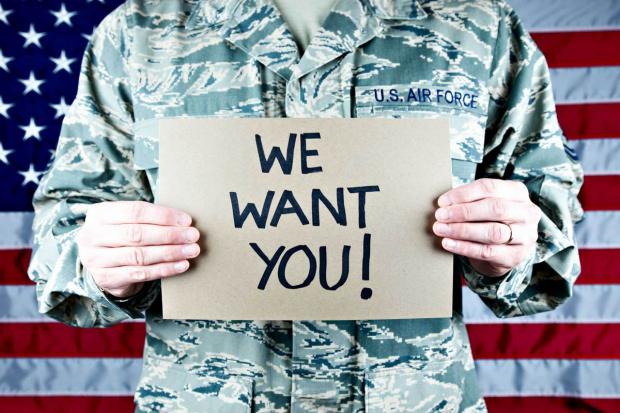 The plaintiffs in the case argued that excluding women from the draft was unconstitutional. Apparently the Court is simply letting Congress decide the issue.

I've got an idea — an idea grounded in freedom. How about abolishing the draft — and, of course, draft registration? In fact, better yet, how about enacting a constitutional amendment prohibiting the draft from ever being enacted again?

Young people might think the matter is irrelevant, given that there hasn't been conscription since the Vietnam War. That is naive, wishful, and dangerous thinking. Every 18-year-old male is required, on pain of a felony conviction, to register for the draft. The reason? Because in the event of some major foreign war, make no mistake about it: The Pentagon will not hesitate to restore the draft because it will need soldiers to fight, kill, and die. Young men — and also most likely young women — will begin receiving draft notices ordering them to report to military facilities for training and "service" to "their country."

The fact that the national-security establishment continues doing everything it can to gin up such a war — like with Russia, China, Iran, or North Korea — makes the the possibility of a draft even more likely. And once it happens, there is little anyone will be able to do to stop it. In fact, in the event of another major foreign war, I wouldn't be surprised if they started jailing people for just challenging the draft, as U.S. officials did in World War I.

There is no way to reconcile conscription with the principles of a genuinely free society. Either people are the masters of their own lives or the government is their master. It's one or the other.

With conscription, the government wields the power to order a person to leave his family and his regular life and report to a government facility to serve the state. That is the opposite of freedom. In a genuinely free society, a person has the right to live his life the way he wants — free of governmental interference, so long as his conduct is peaceful and non-fraudulent.