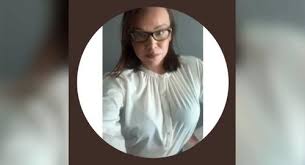 She then addressed the idea of sex work being exploitative by comparing it to capitalism.

Sayers then said capitalism, along with prisons, needed to be abolished, advocating for free education, and a living wage.

"Also, if you really want young people to not be exploited, provide them with livable wages, access to safe housing, clean water, free education. Literally. Abolish capitalism… Actually abolish prison but whatever."

Alex Krause, Sayers' publicist, responded to Campus Reform's inquiry on Sayers' behalf, insisting that she is "IN NO WAY" promoting sex work, but rather, was attempting to draw a correlation between it and the supposedly exploitative "capitalist society".