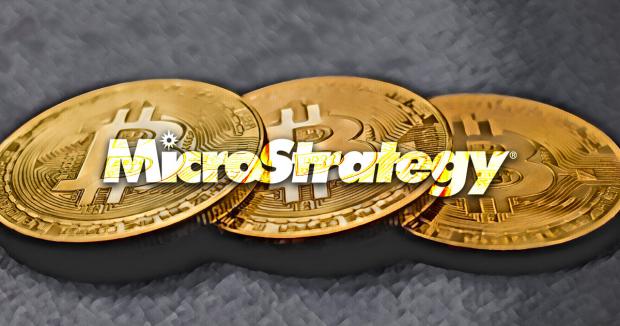 Two weeks after Microstrategy announced that it was selling the first ever batch of $400 million in (subsequently upsized to $500 million) junk bonds (6.125% coupon due 2028; by comparison, the average junk bond yields just about 4%) for the sole purpose of buying bitcoin, earlier today MSTR CEO Michael Saylor confirmed that the transaction had been consummated with the company buying 13,005 bitcoin at an average price of $37,617 for a total of $489 million.

The transaction has cemented MSTR's status as the largest corporate hodler of bitcoin, with a total of 105,085 bitcoin acquired for $2.741 billion or an average price of $26,080.

Putting these numbers in context, the amount purchased using junk bond proceeds was more than $100 million higher than the company's entire operating cash flow since 2016, according to Bloomberg data; MicroStrategy also announced that it was taking a roughly $284.5 million charge during its next earnings report thanks to losses related to fluctuations in the price of the digital asset. That amounts to more than its cumulative earnings since 2011.

Previously, MSTR already issued convertible bonds worth around $1 billion in its quest to scoop up more of the coins, though this was the first-ever corporate bond sale with proceeds earmarked for such purchases.

Naturally, news of the offering sparked both praise from the diamond hand crew, as well as scathing criticism from the crypto skeptics:

"The $400 million in debt isn't being used to fund an acquisition or growth. It's being used to speculate on a volatile asset," said Marc Lichtenfeld, chief income strategist at the Oxford Club. "Does MicroStrategy even have a business anymore or is it simply a proxy for Bitcoin -- with borrowed money?"