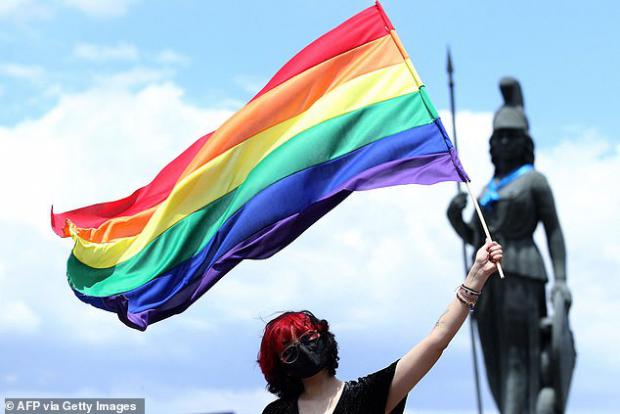 The so-called Zan law, which is currently being debated in Italy's parliament, seeks to punish acts of discrimination and incitement to violence against gay, lesbian, transgender and disabled people.

According to the Corriere della Sera newspaper, the Vatican argued in a formal note that the bill violates the Concordat, the treaty between Italy and the Holy See.

'It is an unprecedented act in the history of relations between the two states - or at least, there are no public precedents,' the daily said.

The letter suggested that the Zan law would breach the Concordat by curtailing Catholic freedom of belief and expression.

This is because Catholic schools would not be exempted from an obligation to take part in a newly-created national day against homophobia, lesbophobia and transphobia.

The letter also expressed concern that Catholics could in the future face legal action for expressing opinions against LGBTI rights, Corriere said.

'You Must Be A Gun Nut': Closeted Liberal Women Embrace 2nd Amendment

Ep. 2885a - The Majority Do Not Believe Biden, There Are Now Calls To Reject [CBDC]

Are We Falling As Rome Did?

The SEC's Reckless Crusade To Crush The Cryptocurrency Market