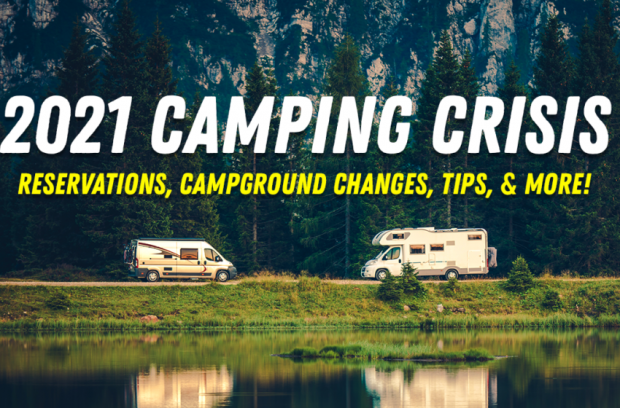 And while there are a lot of causes, you have to wonder if the challenge of finding open camping spots this year is going to take a toll on the millions of new campers out there who are frustrated by overbooked, overfilled and expensive campgrounds.

That's what we talk about in Episode 350 of the RV Podcast. Be sure to keep reading this article for links and a transcript of our interview.

Click the player below to hear the audio version of the podcast.

We just returned from a trip along the Lake Huron shoreline in Michigan in which we tried six different state parks. We knew the weekends would be booked up, as they are almost everywhere.

But we've never had problems before finding spots during the week.

We did this year.

Eventually, we snagged spots in two state parks. But we couldn't put together stays of more than two days and even then we had to charge parks and spots.

But what really frustrated us was, once we were at the parks, we saw lots of empty campsites. Park rangers explained they were because of no shows. When people make reservations for several nights but don't show and don't notify the park and cancel their reservation, the park has to hold on to that site for two entire days…in case the people who made the reservation eventually do show up.

Young Idealists Go Off the Grid, Get Smeared as Bigots in a 'Cult'

How to find the perfect campsite this weekend in 7 minutes or less!

Make the CRISPEST, CRUNCHIEST Canned Pickles EVER! (Use THIS Method)

There's Nothing to See at the Scamlympics - #NewWorldNextWeek