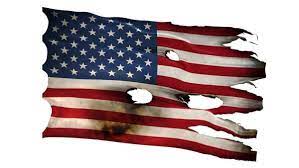 If there is an absolute maxim by which the American government seems to operate, it is that the taxpayer always gets ripped off.

Not only are Americans forced to "spend more on state, municipal, and federal taxes than the annual financial burdens of food, clothing, and housing combined," but we're also being played as easy marks by hustlers bearing the imprimatur of the government.

With every new tax, fine, fee and law adopted by our so-called representatives, the yoke around the neck of the average American seems to tighten just a little bit more.

Everywhere you go, everything you do, and every which way you look, we're getting swindled, cheated, conned, robbed, raided, pickpocketed, mugged, deceived, defrauded, double-crossed and fleeced by governmental and corporate shareholders of the American police state out to make a profit at taxpayer expense.

The overt and costly signs of the despotism exercised by the increasingly authoritarian regime that passes itself off as the United States government are all around us: warrantless surveillance of Americans' private phone and email conversations by the FBI, NSA, etc.; SWAT team raids of Americans' homes; shootings of unarmed citizens by police; harsh punishments meted out to schoolchildren in the name of zero tolerance; drones taking to the skies domestically; endless wars; out-of-control spending; militarized police; roadside strip searches; privatized prisons with a profit incentive for jailing Americans; fusion centers that collect and disseminate data on Americans' private transactions; and militarized agencies with stockpiles of ammunition, to name some of the most appalling.