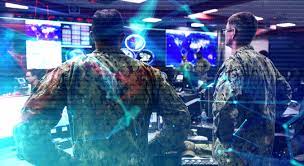 National Guardsmen just completed a two-week training exercise which saw them respond to a simulated cyberattack that took out critical utilities across the United States. The exercises have become an annual event, but this year took on even more significance after coming on the heels of several major ransomware and cyber attacks that crippled large parts of American infrastructure in recent months.

The exercises were part of the seventh Cyber Yankee, an training event that brings together guardsmen from throughout the New England region to test their responses against simulated cyberattacks. This year's exercises simulated a cyber attack that targeted utilities on the West Coast before spreading east across the United States towards New England. In addition to offering hands-on training on how to respond to active cyberattacks, the exercise was also intended to build cyber defense collaboration between the National Guard and private sector partners, the FBI, the Department of Homeland Security's Cybersecurity and Infrastructure Security Agency, the Federal Energy Regulatory Commission, and U.S. Cyber Command, among others.

"We do it in an exercise environment so that when it does happen, we've already got those relationships established not just from a National Guard but from all of our critical infrastructure, our federal, local, state partners," said Maj. Ryan Miler, state cyber operations officer for the Connecticut Army National Guard. "We've established those lines of communication and then it's that much easier to get together and respond."