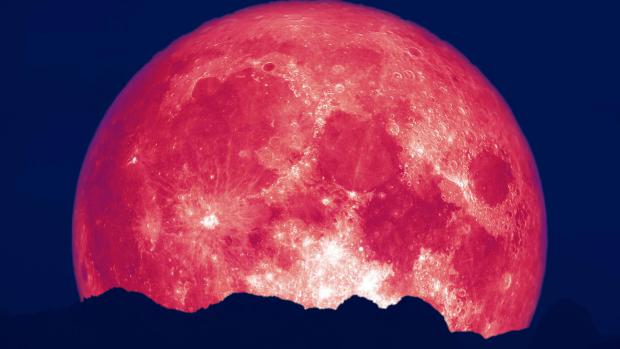 June's full moon arrives Thursday (June 24) at 2:40 p.m. EDT (1940 GMT). Technically, the moon will officially be full before it appears above the horizon, as the full moon rises in the eastern sky at 8:53 p.m. EDT (0053 Friday GMT). The moon will appear full for about three days, starting early Wednesday (June 23) morning through early Saturday (June 26) morning, according to a statement from NASA.

Tonight's full moon is also a supermoon, which occurs when the moon is at its closest point to Earth in its orbit, also known as perigee. In turn, the moon will look slightly bigger and brighter since it's closer to the Earth than usual. June's Strawberry Moon is the second and last supermoon of the year.

This year's Strawberry Moon closely follows the summer solstice, which occurred Sunday (June 20), marking the official start of summer. During the summer solstice of 2021, the sun was  at its highest and northernmost point in the sky of the year. As a result, full moons that occur near the summer solstice are lower in the sky because the moon is exactly opposite the sun during its full phase. In turn, the moon's low trajectory takes it through the lowest part of the atmosphere, giving the moon its reddish or amber-colored appearance.