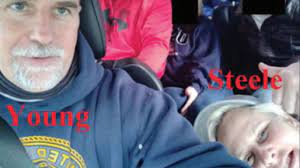 Graydon Young, 55, of Englewood, Fla., admitted to two felony counts, including conspiracy and obstructing Congress's confirmation of the 2020 presidential election results, punishable by up to five and 20 years in prison, respectively.

In a plea agreement summarized by US District Judge Amit Mehta in Washington, the government agreed to dismiss four other counts and could request a sentence below a recommended 63- to 78-month range in exchange for Young's substantial cooperation.

''I understand, sir,'' said Young, an MBA graduate who has said he felt ''duped'' by the Oath Keepers. His sister was also charged after signing up with the group.