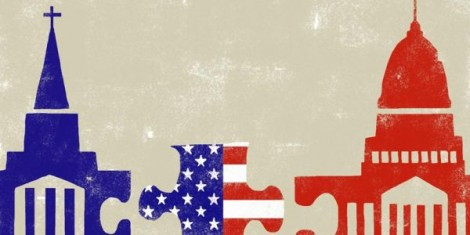 I have finally concluded my fact-finding and my consulation with religious leaders outside of my church. I recently interviewed and spoke with Daniel Holdings (on our TV Show) and with Jamie Walden. Both men have a background in ministry. My concerns about my church have been validated. However, until I actually confront church leadership on their illegitimate positions regarding the acceptance of Government's law as being surpreme to God's law, I will not identify the pastor and the church. However, if their position continues to bastardize Romans 13, then it is my duty to identify the disservice being offered to the followers of Christ and this constitutes the full purpose of this article. If this position is not retracted by the church, then I will follow up with a video of the service and subsequent Biblical passages which demonstrates the disservice being done to the followers.

CAN WE EVER ATTEND A 501C3 CHURCH AND REMAIN LOYAL TO THE WORD OF GOD?
America, I have a dilemma. I thought could attend a church that is classified as a 501C3, a tax exempt church that is prone to government censorship. I have had some concerns about the church, namely, they don't speak about the evils of abortion (ie baby killing) from the pulpit, but generally, I thought the church fulfilled its mission. I was wrong, and I was wrong to assume that a government church, which is exactly what a tax exempt church is, could ever truly fulfill its mission to serve and to carry out God's will.

Recently, one of the assistant pastors, offered a sermon, which deified the word of government over the word of the Bible. The constant refrain from the pulpit was stated in the following manner:

The leader may not be a Godly man, but he is God's man and we are commanded to submit.

Romans 13 was talking to a certain people. In America, the governing authorities are the people and their religious freedom. --- In Roman's 13, nothing is ever said about how a government gets to be your government. It happens only two ways: 1) you select your government; 2) they conquer you and you select them over death. --- In America, it is your selection when you select the ways of the formal government over the ways of religious freedom. --- Church Internal Revenue Code § 508(c)(1)(A) Tax EXCLUDED Status.