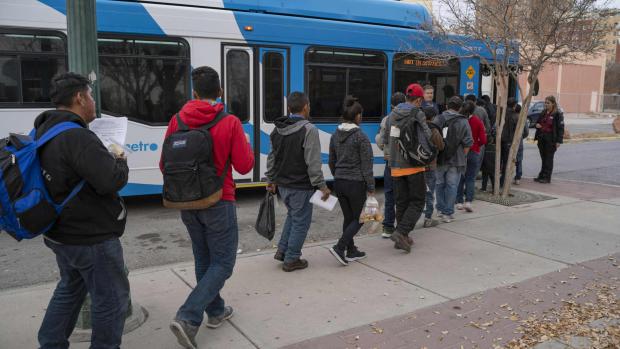 Texas and an America First nonprofit linked to immigration hawk Stephen Miller filed a lawsuit this week to block the Biden administration's catch-and-release border policy, claiming it allowed coronavirus-infected illegal immigrants to enter the country and spread the virus.

In documents filed in federal court, Texas Attorney General Ken Paxton and Miller's America First Legal claims that the policy was harmful to the health of Texas and the U.S. and would cost taxpayers millions of dollars to clean up, Washington Examiner reported.

"By allowing tens of thousands of people to flow across the border, the defendants have increased the public health and safety risk to Texas," said the request for an injunction.

In dispute is the decision by the Biden administration to halt the Trump government's policy of removing illegal immigrants during the height of the coronavirus epidemic in February. Worried that illegal immigrants would transmit the virus, Trump's administration invoked Title 42 to prevent them from entering the country. Biden put an end to that by releasing families and unaccompanied minors into dozens of big cities.

Texas and America First Legal argued that the new policy would be costly and that stopping it would cause no "harm" to the government.

"In this case, the harm to Texas," said the documents, "is both imminent and irreparable, and could be easily avoided by the defendants' continuation of practices used prior to the February order. At stake for Texas is the health of the people of Texas. Conversely, there is no harm to the defendants from their resuming their operations as they were prior to the February order. Nor is there any legal harm to persons removed pursuant to those procedures, as such individuals are aliens who lack lawful status in the United States, and whose rights are not being violated."