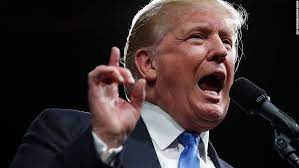 Adams led Kathryn Garcia 51.1% to 48.9% in the latest round of complex tallies

'The New York City Election, even though an embarrassment and total mess, is far better and more accurate than my 2020 Presidential Election,' he said

It is unclear if the 135,000 erroneous votes will affect Wiley's candidacy

Adams also received a substantial number of the test votes