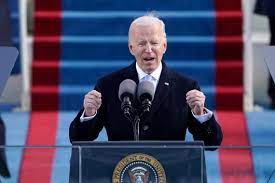 It is apparently the belief of the Biden administration — as it has been with Biden's three immediate presidential predecessors — that the U.S. has the moral and legal authority to destroy any target outside the U.S. with financial or political or military ties to Iran.

Morally, the U.S. can only use force defensively or to repel an imminent attack. When asked for the legal authority for an offensive attack, a Pentagon spokesperson stated that it could be found in Article 2 of the U.S. Constitution. Yet, it is not there.

Governments love war. The political philosopher Randolph Bourne, who made a lifetime study of the effects of war, once famously and derisively called it "the health of the State" because it tends to unify persons behind the military might of the war-makers and it makes it easier to raise taxes to support the troops. It keeps the government's agents busy and its patrons well compensated. Hence the nearly irresistible impulse that modern American presidents have had to utilize the military to assert imperial political will around the globe.

Can the president on his own send lethal missiles to any target of his choosing? In a word: No.