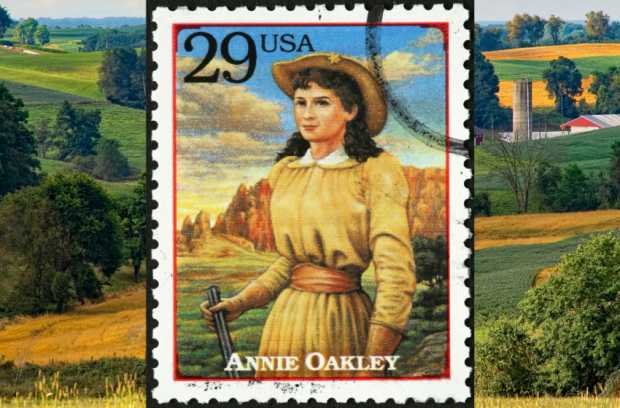 You might know her as the crack-shot star of Buffalo Bill's Wild West Show, but that's just a small piece of who this woman was.

How do we know this?

Well, like so many of the stories we've learned, it started with a little brown sign by the side of a small highway.

This particular highway was US 127, running north-south along the western edge of Ohio, and the sign said "Annie Oakley Gravesite.

Knowing her as a wild west figure, we were surprised to find that she grew up in northwest Ohio and was fostered out as a child because her father had died and her mother couldn't afford to feed all the Oakley children.

Sent to live with a family that treated her a bit like Cinderella, Annie returned home, took up her father's rifle, and vowed to put food on the table.

Soon, in addition to feeding the family, she was selling excess game at a Dayton market.

By the time she was a teenager, she'd paid off the family debts and the mortgage on their farm.

When she was fifteen, and well known locally as a markswoman, she went to Cincinnati for an exhibition by Frank Butler.