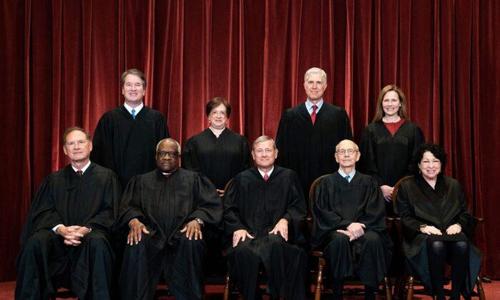 The court ruled 6-3 in declining to take it up. At least four justices need to vote in favor of granting a petition to authorize a review of a case. Justices Samuel Alito, Neil Gorsuch, and Clarence Thomas voted in favor (pdf) of taking the case.

The Supreme Court didn't provide an explanation for its denial to hear the case, stating, in part: "The petition for a writ of certiorari is denied."

In June, the Washington state Supreme Court issued a ruling against the florist, Barronelle Stutzman, who refused to create a floral arrangement for Robert Ingersoll's same-sex wedding in 2013.

The state court had "branded Barronelle a 'discriminator' and ordered her to attend, facilitate, and create custom floral art celebrating all marriages or none," Kristen Waggoner, an attorney for Stutzman, had written to the justices.

Stutzman had argued that her floral arrangements were effectively speech that is protected under the First Amendment.

"Like all artists, Barronelle speaks through her custom creations," Waggoner wrote to the high court and argued that  the floral arrangements as "multimedia works incorporating flowers."