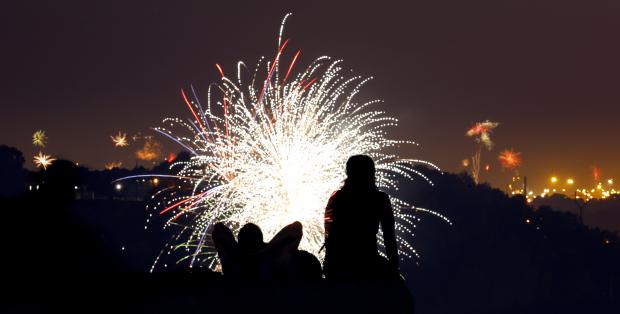 In fact, this fact so well known to everyone that Wyoming officials don't even try to hide the fact. This can be seen in the fact that fireworks stores selling these illegal fireworks are a mere two-minute drive from the border and among the first structures one will encounter driving north on I-25 from northern Colorado. There, in the middle of the prairie, between Cheyenne and the Colorado border, there is little to see other than an RV park and some enormous fireworks shops.

And what do Coloradans do with these fireworks after buying them?

Much of what shoppers find at the Wyoming stores are illegal in Colorado, but that does not dissuade Coloradans from making the drive north to spend money.

Recently, across the Denver metro, there have been nightly illegal fireworks shows.

This is true every year, but the use of illegal fireworks may be even more widespread this year after last year's experience...

On July 4 of 2020, every fireworks show in metro Denver—and probably also statewide—had been cancelled. The result of this was something that officials probably did not anticipate. With no official fireworks shows to attend, Coloradans apparently decided to hold their own private, illegal fireworks shows in droves. When the sun went down that day, the night sky across the city was lit up like never before by countless airborne—and therefore illegal—fireworks set off by locals who were going to have a fireworks show one way or another.