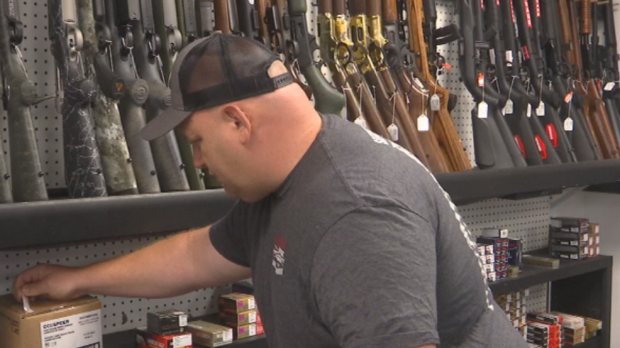 "If you are going to buy that $2,000 riffle, it's going to be $120 cheaper here in West Virginia than compared to our neighboring states," said Delegate Gary Howell, (R) District 56.

The law was passed in House Bill 2499, which went into effect on July 1. Customers can purchase handguns, shotguns, rifles, and whatever their heart desires (chambered up to .50 caliber) without sales tax.

The state hopes to get in on the action of record gun sales and millions of first-time gun owners sparked by the virus pandemic and social unrest of 2020. With millions of new guns owners, parts and ammo will be needed, and West Virginia plans to capitalize on that.

"It's definitely going to spike gun sales for the foreseeable future. Then after that, I think it will steadily increase in terms of your mid and high-range arms. So, I think over the long term that it will defiantly be a boost in business," said Taylor Collins, gun and ammo salesman for Bridgeport.

????CALLING ALL HUNTERS AND SPORTSMEN???? A new law goes into effect today regarding buying small firearms and ammunition! Tune in to @WOWK13News for more on these new changes. pic.twitter.com/clriDCoQcH