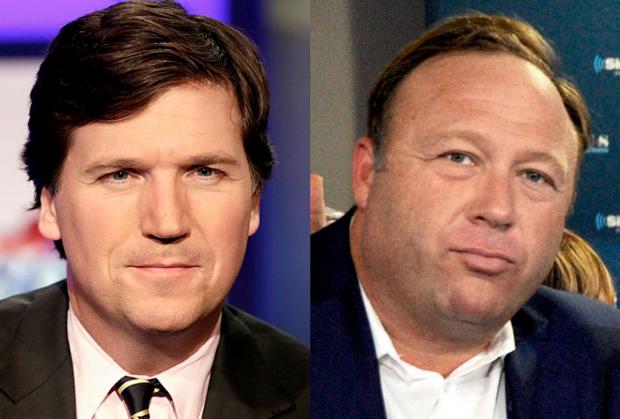 After Stelter asked Darcy about the comparison, Darcy remarked, "Tucker Carlson is the new Alex Jones – if you watch Tucker Carlson's program and you watch Alex Jones' program – they might differ a little bit in antics and the way they deliver their message, but that message to viewers is consistent and it's pretty identical."

Stelter then pressed Darcy on whether Jones and Carlson were close friends after playing a clip where Jones said he would let Tucker tackle an issue first on his show.

"Are these two guys in cahoots? Are they friends, do they communicate…are they bros, what do we know about their relationship?" asked Stelter.

"It does sound like they're talking to each other," responded Darcy, without explaining why in any way this would be an issue.

Darcy then complained that Tucker seemingly thinks Alex Jones voices ideas "that are legitimate and should be debated," before labeling them "far right conspiracy theories."