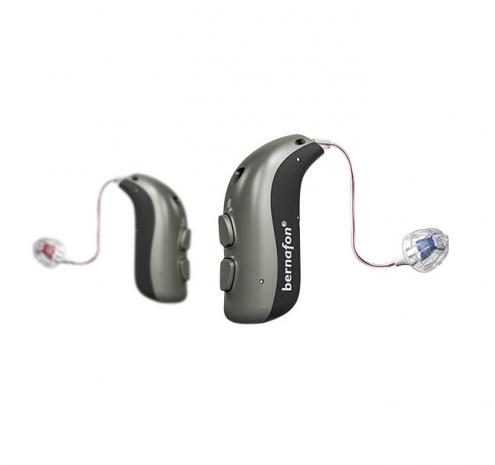 Described as a "hearing contact lens," the device is being manufactured by German startup Vibrosonic. It incorporates technology developed by researchers at the University of Tübingen and the Fraunhofer Institute for Manufacturing Engineering and Automation.

The one external component of the setup is a battery-equipped signal-processing module that is worn behind the ear. It's hard-wired to a smaller module that sits inside the ear canal. That module is in turn connected to the piezoelectric micro-loudspeaker, which is placed against the eardrum.

When the system's microphone picks up external noises, they're relayed to that tiny speaker, which vibrates the eardrum accordingly. Vibrosonic states that because the transmitted sounds don't have to travel through an air gap within the ear canal, there's less distortion and less interference from wind noise blowing into the ear.

Additionally, it is claimed that the technology is capable of amplifying sound across the complete audible frequency spectrum – ranging from less than 80 hertz up to 12 kilohertz – which conventional hearing aids are unable to do.

Each micro-loudspeaker is custom-made to fit the uniquely shaped eardrum of each individual user. And although the internal components do stay inside the ear canal more or less permanently, no surgery is required for their initial installation. Plans do call for the system to be further miniaturized, which will include doing away with the external module and incorporating its functions into the ear-canal module.