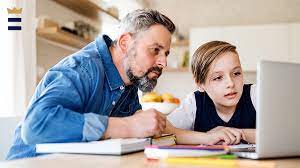 There were 34,715 private school affidavits (PSAs) for five children or less submitted during the most recent curricular year. In California, homeschools are recognized as private schools, and homeschooling families are required to submit an affidavit to the DOE annually.

"People are just really dissatisfied with the performance of the regular public schools during the COVID crisis," Lance Izumi, a senior director of the Center for Education at the Pacific Research Institute and author of the upcoming book on homeschooling, "Voices from Home," told The Epoch Times.

Izumi said California's increase in homeschooling is part of a nationwide trend.

Between spring and fall of 2020, the percentage of homeschoolers nationwide more than doubled, jumping from 5.4 percent to 11.1 percent in less than four months.

The numbers are classified as true homeschooling and do not include distance learning at a public or private school.

The largest increase in homeschoolers was especially notable among minority groups, including black and Hispanic learners.