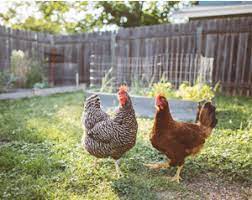 A growing number of people in Philadelphia are raising egg-laying hens in their backyards, the Philadelphia Inquirer reported this week. The head of a group of city chicken owners who the Inquirer spoke with estimates there are at least 12,000 backyard chickens in the city, an increase of 20 percent over just the past year.

The only problem? It's effectively illegal to raise backyard chickens in the city, thanks to a 2004 ordinance.

"The 17-year-old ordinance, aimed at combating neighborhood complaints about noise and odor, limits chicken-raising to properties of at least three acres," the Inquirer reports. "And although most municipalities ban roosters, which crow loudly, Philly is one of the few that also prohibits female hens."