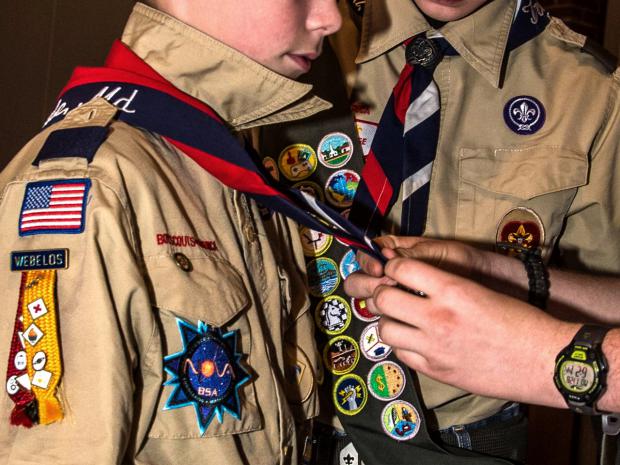 In fact, their assets topped over a billion dollars. Some might conclude it is long overdue, but on Thursday of last week, the billionaire boys club announced it has finally agreed to pay for all the decades of child sexual abuse its members have inflicted on unsuspecting young boys, usually at the hands of the club's leaders. In an historic settlement with victims, the Boy Scouts of America will be paying out $850 million dollars to the abused.

While that figure will substantially diminish the club's net worth; unfortunately, because the victims are so numerous, the $850 million will amount to between three and five thousand dollars per victim, the equivalent to a month and a half's earnings at minimum wage, a proverbial drop in the bucket. Undoubtedly, the settlement will feel like a slap in the face to those children, many of whom are now adults, having lost their innocence to predators and the organization which allegedly protected such pedophiles.

According to NPR, it is the first time the organization has ever paid out any settlement for any lawsuit to which it has been named a party, and there are several.

The agreement, announced on Thursday, is the first legal settlement in a long list of lawsuits against the Boy Scouts, which filed for Chapter 11 bankruptcy in February 2020.

Ken Rothweiler, one of the chief negotiators in the settlement called it, "the largest settlement of sexual abuse claims in United States history."

The organization is relying on its local councils to pay at least $300 million, and the parent organization will also pay for things like "non-monetary commitments to abuse victims, including youth protection measures, a reporting system, formation of a Child Protection Committee, and information sharing related to abuse claims," according to NPR.