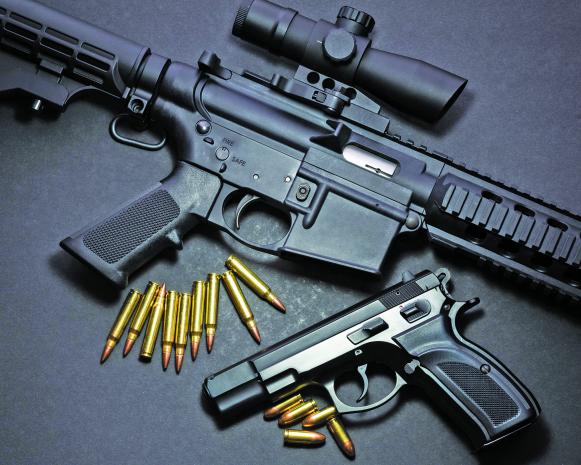 (Can you imagine making personal decisions, today, based on two years old information?  Welcome to the government!)  But it is interesting that the numbers have been fairly consistent over the past few years. Here are the numbers for 2019.

The left-wing media and Democrat politicians will condemn guns and say there are 40,000 gun deaths every year.  But the devil is in the details.  Less than 4,000 homicides are related to incidents where there was neither suicides nor gang involvement nor police involvement.  Those 4,000 homicides are 4 tenths of 1% of all gun owners.  The biggest impact on gun related homicides would come if politicians focused on gang violence instead of lawful gun owners.

The above statistics give you factual numbers to rebut the wild anti-gun claims of the left.  Of course, the left only believes in emotions and not facts.

Look at the numbers from another aspect, the radical left wants to force all gun owners to buy liability insurance; the worst being Sheila Jackson Lee's HR127 which would force all gun owners to pay an $800 yearly premium.  But, Liability Insurance does not cover suicides or unlawful acts; this would eliminate the 24,380 suicides and the 14,205 other homicides (unlawful acts) from eligibility for liability claims, even if they had bought the insurance - and it's doubtful if gang members have legal weapons and insurance.  Police generally are covered by their government body and perhaps by their union, so they don't need it.  That leaves only the 344 civilian justified uses and the 438 accidents eligible for insurance coverage.  It's estimated that there are 100 million gun owners in the USA.  Only 1 in 130,000 gun owners would be able to use the insurance related to a gun death.  (For comparison purposes, 1 in 40 car owners use their insurance.)