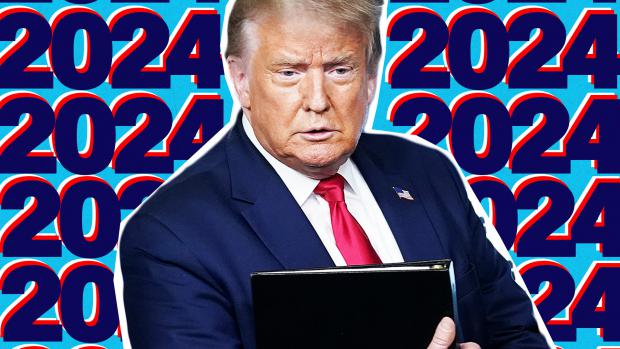 That's up from the 55 percent he won in the hypothetical 2024 Republican primary matchup straw poll at CPAC Orlando in late February, Fox News reported.

The runner up was Florida Gov. Ron DeSantis, who received 21 percent of the anonymous votes.

None of the other 19 potential 2024 Republican White House contenders topped received more than one percent.

'I want to personally thank each and every one of you for your incredible support,' Trump said during the event's keynote address.

During his speech, he attacked President Joe Biden, Big Tech (mentioning his lawsuits against Facebook and Twitter), critical race theory and the media while continuing to push the narrative of a stolen election

'For generations, the American conservative union has helped lead the charge to defend our values, protect our country, and preserve our glorious American heritage,' Trump said. 'You see they're taking our heritage away. That's not going to happen. Not going to happen.'