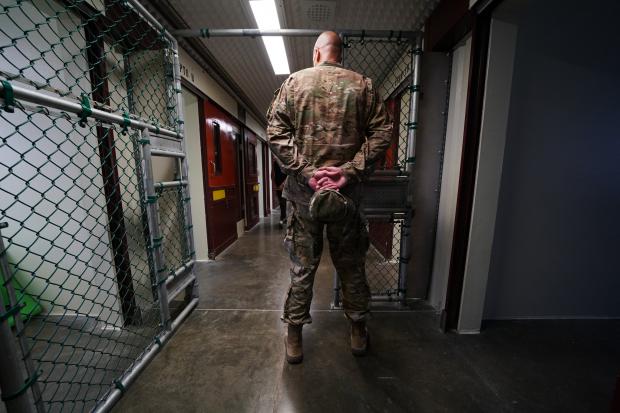 The article in which the video was included is entitled "He Is Imprisoned at Guantánamo. Making Art Is His Escape." If you haven't seen it, I highly recommend it. It's only about 6 minutes long. It's incredible what this man has accomplished artistically while imprisoned at Gitmo.

But I was even more struck by what the heading stated just below the title of the article.
It states: "Moath al-Alwi has never been charged with a crime, but has spent over 19 years at the U.S. military detention camp in Cuba."

That is even more incredible than al-Alwi's fascinating artistic talent. How in the world is it possible that a person can be held prisoner by U.S. officials for 19 years without any charges or a trial?

After all, the Sixth Amendment to the U.S. Constitution is clear and unequivocal:

"In all criminal prosecutions, the accused shall enjoy the right to a speedy and public trial, by an impartial jury of the State and district wherein the crime shall have been committed, which district shall have been previously ascertained by law, and to be informed of the nature and cause of the accusation."

At the risk of belaboring the obvious, 19 years is not a "speedy trial." Instead, it's about the clearest violation of the speedy trial provision that one could ever find.

How have the Pentagon and the CIA gotten away with this? Isn't it the job of the U.S. Supreme Court and the lower federal courts to enforce the Constitution against the executive and legislative branches?