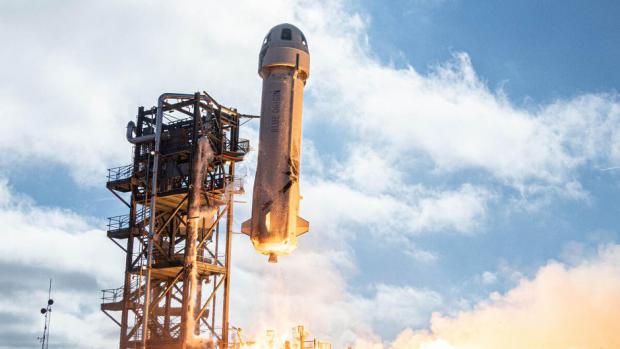 The first crewed spaceflight by Blue Origin next week will include the youngest astronaut into space in history, according to company officials.

Blue Origin auctioned off the fourth seat on the launch to a top bid of $28 million, but Daemen is not flying through that bid. The anonymous individual who won the auction had a scheduling conflict, according to Blue Origin, and will be join a future flight. (The money went to Blue Origin's nonprofit organization Club for the Future, which has disbursed $1 million each to 19 non-profit organizations, Blue Origin said.)

In the statement, Blue Origin did not provide additional details about whether Daemen had entered the auction or how he arranged his seat.

However, a company spokesperson told CNBC that he participated in the auction and had obtained a seat on Blue Origin's second crewed flight. (Before the event, the company did not announce that the auction would facilitate purchases of seats on later flights.)

The spokesperson also told CNBC that the seat was purchased by Daemen's father, Joes Daemen, a private equity firm CEO. The amount of the bid has not been made public. Oliver Daemen moved up a spot when the winning auction bidder was not available, the spokesperson said.

Daemen has been interested in space since age four and is in the middle of a gap year while obtaining his private pilots' license, Blue Origin said in a statement. Oliver is expected to attend the University of Utrecht in the Netherlands in September to study physics and innovation management.