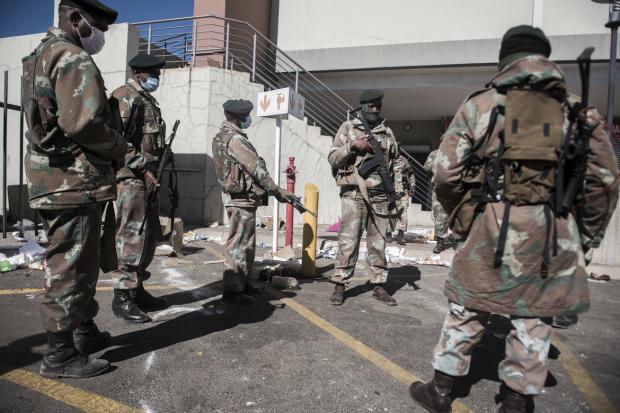 And then the looting and arson started in Durban and Pietermaritzburg, two of the province's largest cities.

South Africa, once again, is making global headlines for all the wrong reasons.

In case you missed the news, last week former President Jacob Zuma was sentenced to 15 months in prison for failing to appear at a corruption inquiry.

It was probably a calculated risk on his part; had Zuma actually appeared at the tribunal, he may very well have been convicted and sentenced to a much harsher punishment.

And when his sentence was announced, many South Africans gave a collective sigh of relief; it had been a long-overdue victory for the rule of law.

First it was just small shops. But then entire shopping malls were looted and burned to the ground.