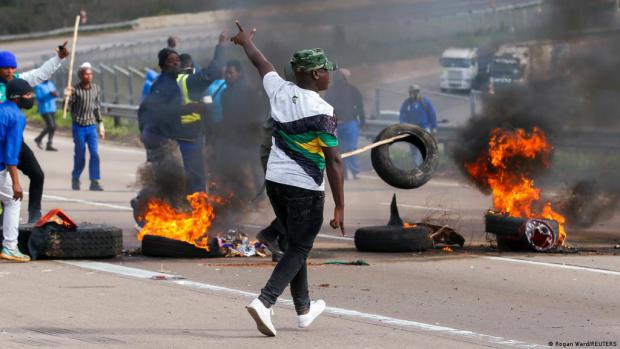 Mobs have been looting, ransacking, and destroying supermarkets, grocery stores, restaurants, and shopping centers in cities in the country's Eastern region.

The situation is also tense in Cuba. Though things haven't reached the level of violence and destruction that we see in the African country (at least not yet), massive protests against the communist regime flare-up, and the population is taking to the streets in droves. Haiti is another place that's been in the news lately after the president was assassinated in his own home by mercenaries (we're definitely going back to the 1970s and '80s).

We're living in crazy and volatile times. These situations provide essential clues and encapsulate valuable lessons for all of us, regardless of where we live. I'll focus on the developments in the African country for the moment for a specific reason.

Worst Violence Witnessed in South Africa Since the 1990s

I have a friend who lives in Cape Town, the capital of South Africa. She's from Portugal, and her husband is an ex-pat working for a Spanish engineering company in the African country. He was prospecting a contract in KwaZulu-Natal, an important economic hub and the crisis's epicenter when SHTF. My friend's husband was rushed home, and they're making arrangements to leave the country and return to Europe.

We spoke briefly. She and her daughters are frightened. She told me they didn't see it coming, no one thought something this bad could happen this fast. There's been a tsunami of fake news coming in 24-hours nonstop. She says it's hard to tell fiction from fact amidst the turmoil and confusion. Things are spiraling out control quickly, she said.