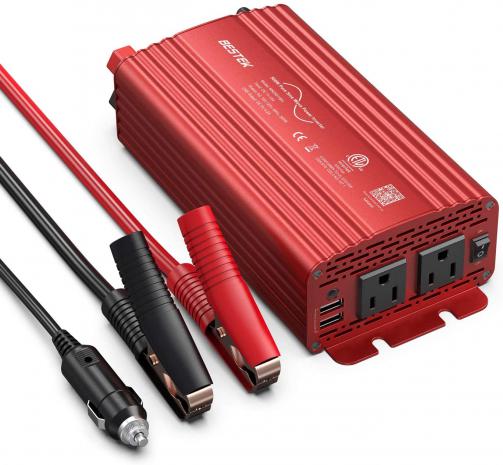 Solar panels themselves are ubiquitous in our society, and they can be seen on everything from pocket calculators to traffic signals, from massive solar panel farms to a single emergency solar panel system. However, not many people pay attention to or even know about the humble inverter. The inverter is the device that makes solar energy in our homes possible in the first place.

To understand what an inverter is, we must first understand the way a solar panel works. Solar panels are comprised of wafers of silicon that, when exposed to sunlight, produce electrical energy. The sunlight "excites" the electrons within the silicon, spurring them to motion, which generates electricity as a byproduct. Each individual silicon wafer (called a cell) is then tied to the other cells in the panel. Then, their output from the panel manifests itself as a set of wires to carry the electricity.

What most people don't understand is that these wires don't carry the sort of power you'll typically find coming out of the wall plugs in your home. They carry direct current, or DC voltage. DC voltage is the same sort of power that you'll find in car batteries. Regardless of electrical engineering prowess, most people realize that the type of electricity produced from a car or even a D cell battery is not the same type of electricity found inside their homes.

Only Twice As High!

Why Food Inflation Is Only Getting Started

The High Cost of Electronic Cars

This is a huge threat that could cripple the USA and make it collapse...Nothing being done to fix it

The UK Is Prioritizing Energy Security Over Climate Pledges