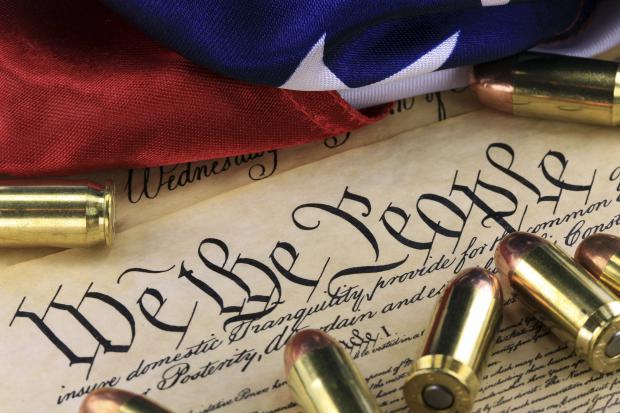 You can largely determine where a person will fall in the debate over gun control and the Second Amendment based on their view of government and the role it should play in our lives.

In the first group are those who see the government as a Nanny State, empowered to look out for the best interests of the populace, even when that means overriding our rights as individuals and free will.

These individuals tend to interpret the Second Amendment to mean that only members of law enforcement and the military are entitled to own a gun. Case in point: President Biden recently (and wrongly) asserted that "the Second Amendment, from the day it was passed, limited the type of people who could own a gun and what type of weapon you could own. You couldn't buy a cannon."

In the second group are those who see the government as inherently corrupt.

These individuals tend to view the Second Amendment as a means of self-defense, whether that involves defending themselves against threats to their freedoms or threats from individuals looking to harm them. For instance, eleven men were recently arrested for traveling on the interstate with unlicensed guns that were not secured in a case. The group, reportedly associated with a sovereign citizens group, claimed to be traveling from Rhode Island to Maine for militia training.

And then there is a third group, made up of those who view the government as neither good nor evil, but merely a powerful entity that, as Thomas Jefferson recognized, must be bound "down from mischief by the chains of the Constitution." To this group, the Second Amendment's assurance of the people's right to bear arms is no different from any other right enshrined in the Constitution: to be safeguarded, exercised prudently and maintained.