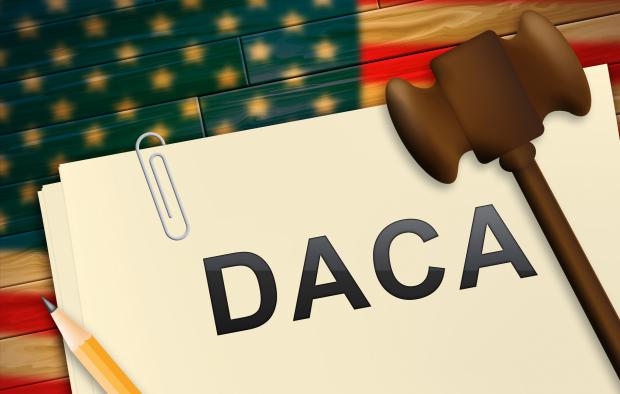 Joe Biden has vowed to appeal a federal judge's ruling that declared the original Deferred Action for Childhood Arrivals (DACA) program illegal as he has called on Congress to act to protect the hundreds of thousands of Dreamers who came to the US as children.

The president released a statement Saturday morning branding Friday's decision by a federal judge in Texas 'deeply disappointing' and said the Justice Department will file an appeal 'in order to preserve and fortify DACA.'

A group of Republican-led states had sued to end the DACA program, which protects around 650,000 immigrants who were brought to the US as children from deportation, claiming it was illegally created by former President Barack Obama in 2012.

US District Judge Andrew Hanen sided with the states, ruling that the program violated the Administrative Procedure Act (APA) when it was created because Obama introduced it by executive order and blocking new applications.

'While the court's order does not now affect current DACA recipients, this decision nonetheless relegates hundreds of thousands of young immigrants to an uncertain future.