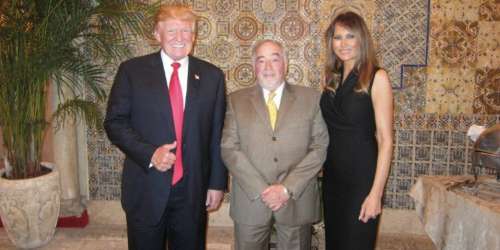 Former President Donald Trump said Tuesday he could not announce a decision to run for president in 2024 because of campaign finance laws.

The president spoke about his future political plans in an interview on the Michael Savage Show.

Savage asked the former president to talk about the possibility of another run for president in 2024, prompting Trump to criticize campaign finance laws.

"I can't really because of campaign finance rules, regulations, very complicated, very stiff, and frankly very antiquated if you want to know the truth. It's ridiculous," he said.

But Trump did concede he looked forward to talking about his political plans in the future.

"I will be talking about it and I think that people will be very happy," he predicted.

Trump's political action committee  – Save America PAC – allows him to spend the hundreds of millions of dollars that he raised after the election for political activities but not on an official presidential campaign.

If Trump officially announced a run for the White House, he would face strict rules requiring him to share details of his personal finances as well as stricter limits on donations and spending.

Have you seen the Olympics? Probably not. FYI, it's not about sports anymore.