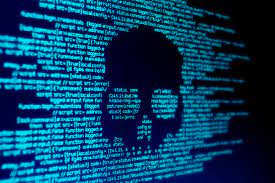 On Wednesday, a government official speaking on condition of anonymity revealed that thousands of login IDs and passwords of ticket buyers for the Paralympic events were leaked online, as well as the login credentials for those who had used a volunteer portal for the Summer Games, according to Kyodo News.

Meanwhile - said ticket holders going to be unable to attend the actual events due to coronavirus restrictions, angering local officials over the decision to move forward with the event.

As The Sun notes:

There is a growing backlash in the city over the Olympic Games getting the green light to continue.

And there is huge anger over foreign athletes, dignitaries and media being allowed to attend despite the capital being in a state of emergency.

Our stars have been warned to follow protocols and told to 'not visit restaurants that are open after 8pm or that serve alcohol'.

It comes after organisers highlighted reports of accredited personnel for the Games being spotted drinking in downtown areas or violating quarantines.

Chiefs said the reports 'have the potential to severely damage the reputation of the Tokyo 2020 Games and your organisations'.

Local concern in Tokyo is mounting over staging the Games.