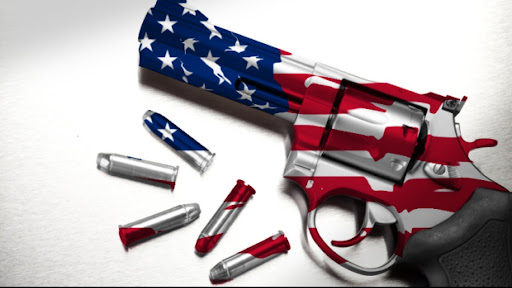 So, let me see if I correctly understand the Times's position. An 18-year-old woman is walking down a dark street at night. She is accosted by a much bigger, stronger man who violently grabs her. He is armed with a gun and threatens to kill her if she resists. She isn't armed because of the Times's gun-control law that prohibits 18-year-olds, including women, from buying guns. He proceeds to tear her clothes off and rape her. Hoping that she won't be killed, she submits to the rape.

Unfortunately, but not surprisingly, in its editorial the Times failed to answer an important question: How is that 18-year-old woman supposed to defend herself against that rapist?

What the Times is essentially advocating is a law that prevents people from defending themselves against rapists and murderers. That 18-year-old woman might not be physically strong enough to resist that rapist, but with one Glock 19 that she pulls out of her purse, things are now equalized. Now it doesn't matter how much bigger and stronger her rapist is. She can stop him from raping her with just one bullet fired into his abdomen.

Why shouldn't that 18-year-old woman have the right to defend herself against that rapist? Why should she be required to submit to the rape or else be murdered?

True, the right to puff on cigarettes or drink alcohol is not written into the U.S. Constitution. But neither is a guarantee that the right to bear arms goes with being a particular age.