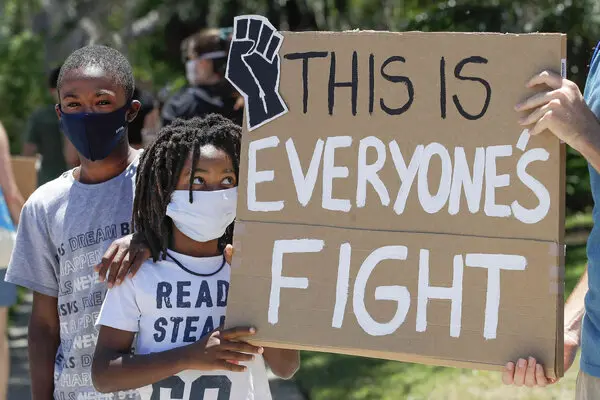 A few days ago I typed into Google (with quotes around my question to require an exact match):

"Do whites have civil rights?"

To my surprise, Google asserted in response that nobody had ever asked that precise question before in the history of the internet.

Today, Google lists my blog post asking that question, but only after announcing:

If this topic is new, it can sometimes take time for results to be added by reliable sources

In other words, Steve Sailer is not a reliable source, so hopefully somebody less deplorable will soon post this text string, but until then we're stuck featuring Sailer's impertinent question at the top of our results. But we at Google want you to know that we are not at all happy about it.

Then I saw a Washington Post article on the shocking news that some judges have been upholding discrimination lawsuits brought by whites like Stephen Miller against the Biden administration's plans to simply give billions of dollars to black farmers and nonwhite restaurateurs for being not white:

Whites have civil rights, too, they say in a lawsuit filed in federal court in Texas. For Black farmers and civil rights groups, that's a proposition that defies reality—and yet they are taking it very seriously, with generations of civil rights law potentially in the balance.

Fired for Being White