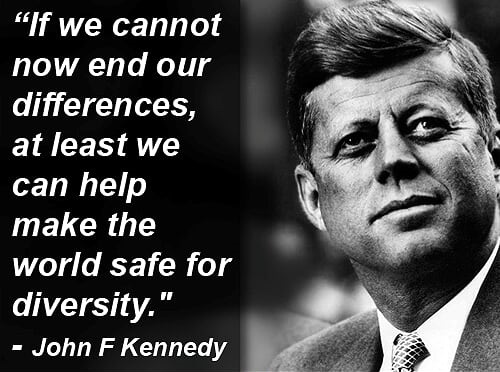 Kennedy's message to Moscow and his fellow Americans:

"If (the United States and the Soviet Union) cannot end now our differences, at least we can make the world safe for diversity."

As George Beebe writes in his essay, "It's a Big World: The Importance of Diversity in American Foreign Policy," in the July National Interest, Kennedy later elaborated:

To Kennedy, a student of history, acceptance of the reality of a world of diverse political systems, many of them unfree, was a precondition of peace on earth and avoidance of a new world war.