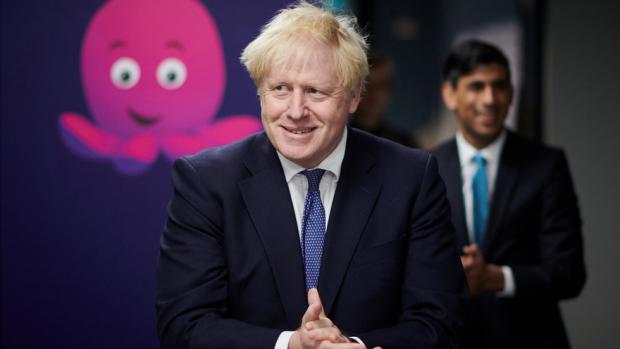 If COVID lockdowns were not bad enough, Chinese-style social credit scoring is establishing itself in Britain as Boris Johnson seeks to control food consumption and exercise regimens. Technocrats in Britain have totally betrayed the Brexit movement by imposing an even worse dictatorship on their own people than the EU could have ever done. ? TN Editor

Prime Minister Boris Johnson is set to launch a communist China-style social credit score app that will reward families based on government-approved choices at the grocery store.

The supposedly Conservative government will launch an app by the end of the year to monitor the supermarket spending habits of families in the UK. Those who choose "healthier" options such as fruits and vegetables or engage in exercise will be rewarded with "loyalty points" in the app, which will translate into discounts and other incentives.

"There is a whole team in Downing Street working on this, and the Prime Minister thinks that we simply cannot go on as before and that we must now tackle it head-on," a White Hall source told The Telegraph.

"He has been on a very rigorous diet and exercise programme and it is likely he will play a leading role in fronting this whole campaign."

Technocrats Are Determined To Reduce Every Human To A QR Code